The purpose of the work is to determine the mechanism of phosphorus deposition during the formation of deposits of Kanivska suite (Р2kn) within the region of the Middle Dnipro by researching the components of phosphorite contractions. The studied conglomerate-like formations were cemented with phosphate substance, selected from the basal horizon of the Kanivska suite for the purpose of their petrographic and paleontological study. Phosphorites of the basal horizon are formed in different shapes, colors and sizes. The phosphate substance that cements them (according to our data) varies in ages. Pebble inclusions in conglomerates that are the phosphatized remains of ichnofauna belong to the washed phosphates of the Cenomanian age of the Late Cretaceous, which entered the basal horizon of the Eocene as a result of washing, condensation, and new phosphatization during the Early Eocene transgression. The phosphate substance of these inclusions is represented by the mineral kurskite (Carbonate Rich Apatite) of three modifications: amorphous, microcrystalline, and radial-radiant which reflect different generations and diagenetic stages of phosphorite formation (Bushinsky, 1954). Phosphate of first-generation exists in the form of globules of amorphous kurskite and is a pore-filling material between sediment grains. The second type is the microcrystalline kurskite, which forms layers of film around sediment grains, with the thickness of 0.01–0.02 mm, has concentric microstructure and barely noticeable anisotropy. Aggregates of needle-like radiating anisotropic kurskite have a sheaf-like, parallel-fibrous structure oriented perpendicular to the surface of the fragments. They are the result of the further recrystallization of kurskite. Phosphate amorphous cementing substance had formed, in our opinion, in an early Eocene age. It contains numerous remnants of opal and partially phosphatized flora and fauna – diatoms, radiolarians, and spicules of sponges, as well as fragments of Phyto organics. These organisms were the source of additional phosphorus in the sediment. Centers of phosphate formations emerged in places of concentration of dead marine biota, where the processes of bacterial decomposition rapidly began, high concentrations of carbonate and phosphate ions were created, there was a replacement of organic residues with calcium phosphate. The most common in nature are the shells of diatoms and their fragments, which were studied in thin sections. With the most certainty in its attribute outline and shape, preserved fragments of marginal zones, as well as by the type of areola, determined samples of Paralia, Stephanopyxis families, and triangular valves of Trinacria sp. There are also elements of the valves, similar in contours to the family Hemiaulaceae. Phosphate substance and rapid burial contributed to the conservation of thin skeletal elements of microfossils. The determined genitive composition of diatoms from the sections of the basal horizon of the Kanivska suite does not deny their early Eocene age. Diatoms of the early Eocene age have not been known in Ukraine so far, and diatoms of the Middle Dniproarea are being studied for the first time. 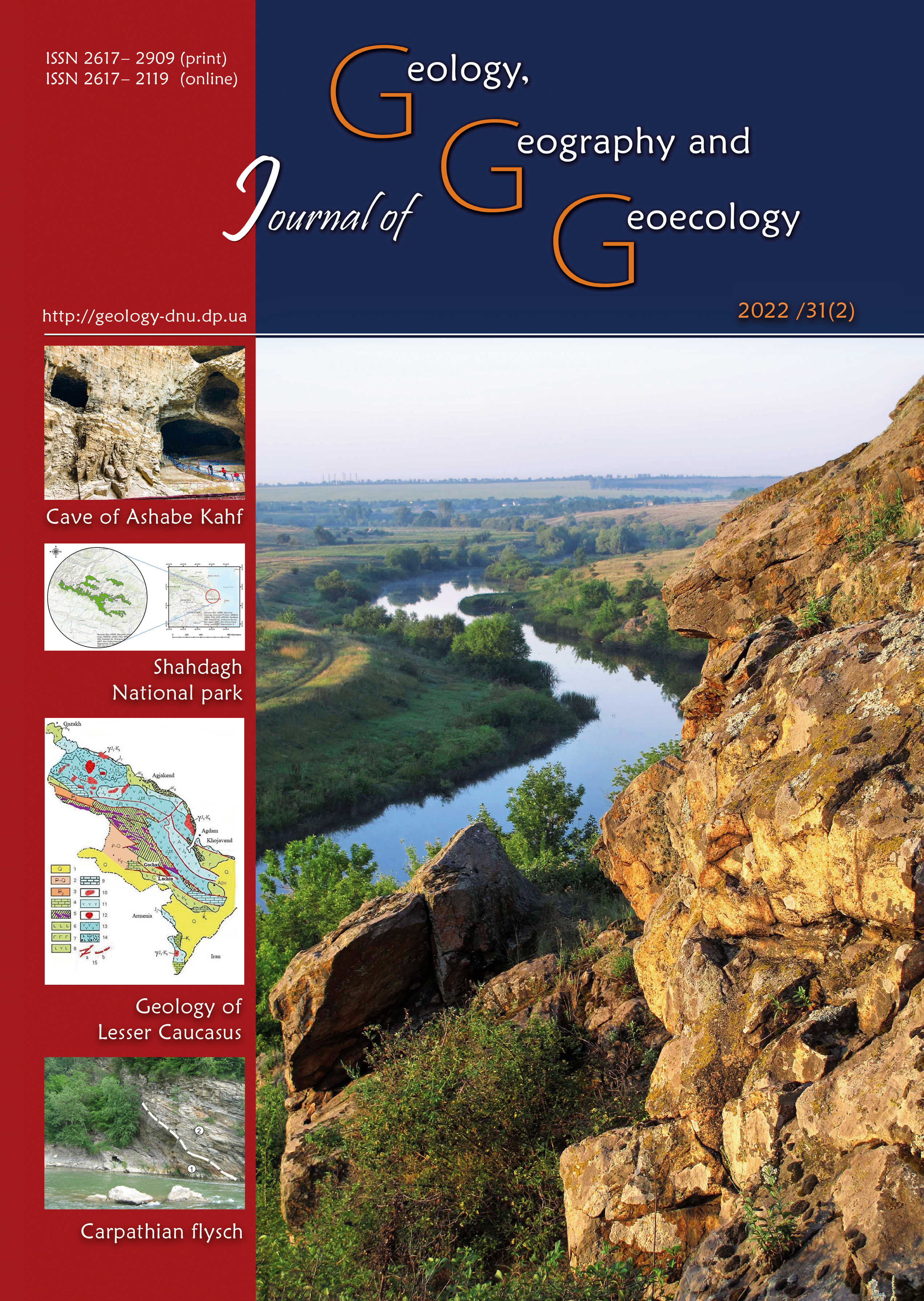