In order to produce a correct elevation map, it is necessary to use not only the accurate technology for data acquisition, but also to utilize an appropriate method of interpolation, which will reflect the topographic features in a reliable manner. The first key element in elevation map production is the proper geometrical distribution of measurement points. The second key component is the density of measurement points, which indicates the distance between pairs in the dataset. In this study, two different types of sampling design were taken into account, random and systematic sampling, to create the elevation map. In random sampling, 33 points were used with the distance in the range of 15–30 km. In systematic sampling, a total of 100 points were utilized located at the distance of 5 km apart. Then, two distinct methods of interpolation were applied to produce a map: deterministic (Inverse Distance Weighting) and geostatistical (Ordinary Kriging with application of the Gaussian, Exponential, and Spherical fitting separately). These methods were compared using a statistical approach to validate the predictive abilities of the chosen interpolation methods. As the results showed, the geostatistical method, namely, Ordinary Kriging with Exponential fitting, revealed better performance compared to the deterministic. It was seen that the overall performance of the interpolated map varies with the number of points in the dataset and strongly relates to the sampling design. In the case of systematic sampling, the accuracy of the map was found to be much better compared to the results of random sampling. It was also proposed to use the error maps in order to identify areas with the maximum residuals. It became apparent that in the case of random sampling, the greatest errors were mostly concentrated in the areas where distances between the measured points were fairly large. By contrast, in the case of systematic sampling, the largest residuals were found in areas with complex topological patterns, especially in the regions with a steep slope gradient. Choosing the appropriate method of interpolation with the minimum error is of great importance in geostatistical operations and topographic engineering. Thus, the current manuscript may serve as a guideline in making the right decision concerning the interpolation method in elevation mapping applications of 1:2000000–1:1000000 scales. 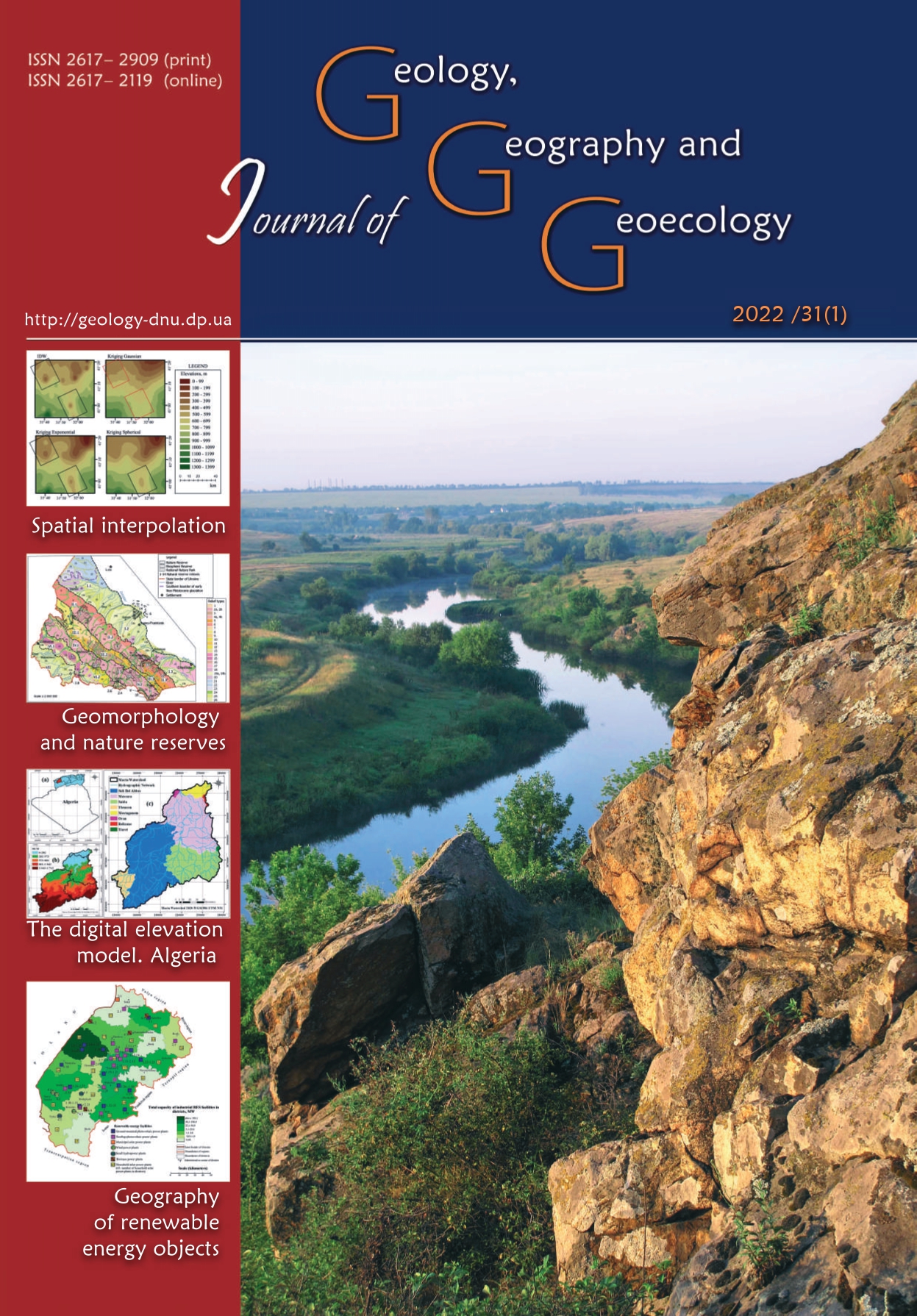