A new species of green paleosiphonocladаl algae Kamaena gigantea from the Lower–lowermost Middle Mississippian sediments of the Donbas has been described. This species was distinguished from other representatives of the genus Kamaena Antropov by its extremely large size, tortuous shape of the thallus and convex partitions. The species belongs to an artificial taxonomic unit of the Kamaenae Shuysky tribe, 1985 , of the family Palaeoberesellaceae Mamet et Roux , a systematic grouping which is still controversial. The attribution of this family to green siphonocladal algae is controversial and quite conditional, the opinions of different authors being based on personal vision, and varying in range from the plant to the animal kingdom. A characteristic feature of the family is the tubular shape , the segments of which are connected by partitions with a large central pore, sometimes with additional small pores. The thallus wall (fossilized remains of the body) is porous or non-porous and has simple or branched pores. It has been emphasized that study of Paleoberezellides in thin sections, the sometimes fuzzy images of the typical material in publications and ignorance of other researchers’ publications have caused confusion and led to the selection of an unreasonably large number of genera and species within the family. It has been noted that in previous works, representatives of this species were mistakenly identified as Anthracoporellopsis Maslov, a genus characteristic of the Lower–Middle Pennsylvanian sediments. This erroneous definition was based mainly on general external similarity, a poorly illustrated description of the type species, and did not take into account the morphological features that were characteristic for the genus. It has been found that representatives of the new species had a rather limited stratigraphic distribution: the Upper Tournaisian (Dokuchaevskian horizon) and the Lower Visean (Hlybokian–Sukhinskian horizons), and the most similar specimens found in the Ural region in underlying Tournaisian sediments were, unfortunately, poorly illustrated and smaller in size and had a narrower thallus. It has been noted that a characteristic feature of the tribe Kamaenae Shuysky, 1985 was the tubular shape, its inter-segmental partitions were perpendicular to the walls and were at the approximately same interval from each other. It has been pointed out that representatives of the new species were found mainly in grainstones, packstones, and wackstones − organogenic-detrital limestones along with such groups of microfauna as echinoderms and ostracods, isolated spicules of sponges and remains of worms. The material for illustrations was mainly taken from the borehole74 (near the village of Rodnikove, Starobeshiv district, Donetsk region) , which most fully revealed the Lower–Middle Pennsylvanian deposits of the southern part of the Donbas. The knowledge of the systematic composition of the Early Carboniferous algoflora has been expanded. This has helped us to conclude that the tribe Kamaeneae Shuysky, 1985 ,includes 6 genera and at least 22 species that were found in the layers from the Early Devonian to the Early Visean of the Lower Carboniferous. 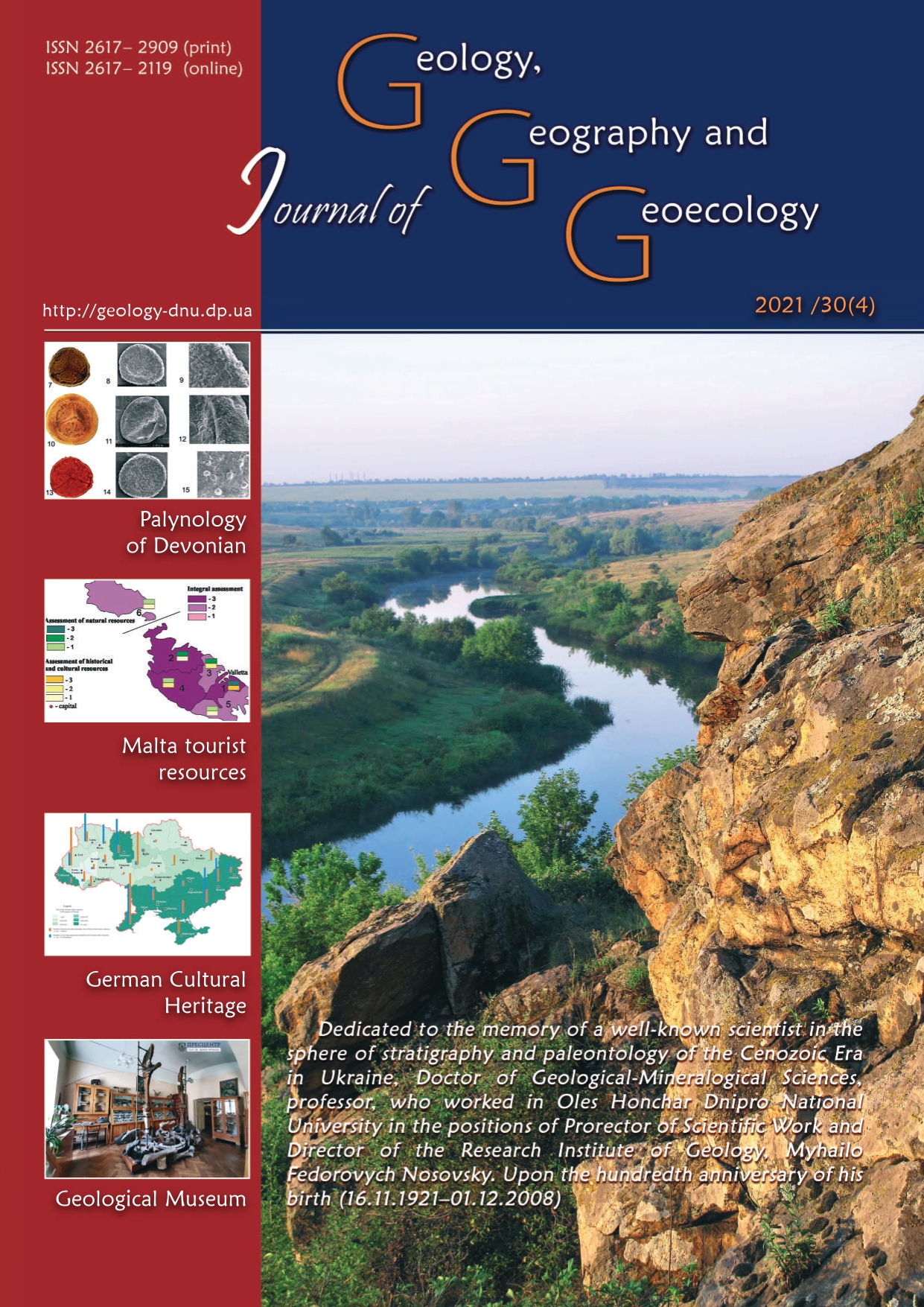