Results of the study about pollutants content in soils of urbanized landscapes are presented. Patterns of their migration and accumulation in main soil types of Brovary are grounded. Correlation relationships between the individual components of ecologicalgeochemical system of urbanized territory were analyzed. Dependences of landscape resistance to technogenic pollution on the level of conservation of natural geochemical parameters of soils, degree of their anthropogenic transformation and level of heavy metals were determined. According to geochemical criteria technogenic associations of heavy metalsin soils are determined, which are represented by the following elements: Cu>Pb>Zn>Co>Cr>V>Mo>Mn>Ni. Level of gross content of chemical elements compounds in soils of different zones of the city is heterogeneous. City zones with the highest polyelement contamination of soil have been identified. Maximum technogenic load is recorded in urban areas of transport infrastructure zone and zone of production and communal-warehouse facilities. Ecological and geochemical assessment on the total index of pollution by using methods of Y.E. Saeta, is shown. Value of this topsoil parameter in Brovary (0-10 cm) ranges from 30 to 106, the average is 65, which corresponds to hazardous level of soil pollution. According to the total indicator of technogenic pollution, Brovary belongs to cities with high pollution level. Soils in all parts of the city, except for residential areas, are classified as hazardous. Studied soils of the city are characterized by plumbum geochemical specialization. High levels of zinc, manganese, cobalt and chromium were also found (the maximal permissible concentrations in soil exceeds by 1.7-4.7 times). Especial attention is paid to the patterns, mechanisms of pollutants influence on the complex of soil properties and processes that determine the ecological condition of soils and their resistance to anthropogenic flows. Soil contamination by pollutants leads to changes in their physical and chemical properties (cation exchange capacity pH, organic matter content) which causes a low buffering capacity of soil cover of the city. 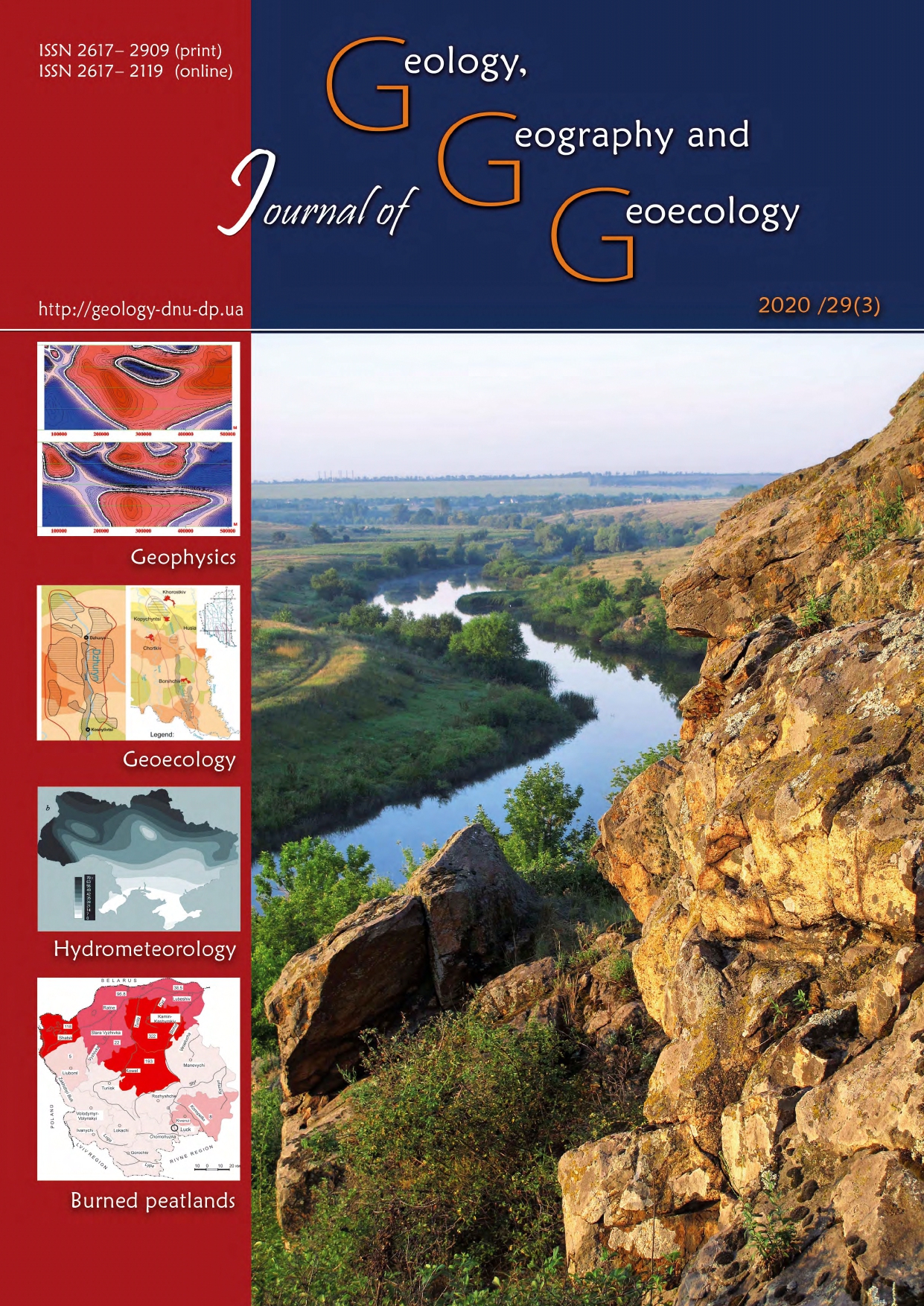