Based on the analysis of actual data and the results of numerical modeling, dependencies of deformations of the investigated residential complex due to technogenic moistening of a loess massif of soils are investigated. It was established that a dynamics of subsidence of bench marks in time is closely correlated with a moistening mode. In order to form a picture of dynamics of development of moistening phases of the massif and a quantitative estimation of main factors of their formation, a numerical model of the loess massif was built, based on the finite element approximation of the section of built-up area of the residential complex. Stability of a soil massif was estimated by the character of development of plastic deformation zones. Analysis of a stress-strain state of a rock massif indicated that water-saturated soils are partially in a state of plastic flow in a base. The development of shear deformations is most characteristic within a zone of the main moistening, as well as a boundary of its front. Development of rupture disturbances at the edge of the contour of buildings corresponds with the formation of tear cracks. An intensification of subsidence of buildings with simultaneous frontal and subvertical technogenic moistening of loess soils can be noted. Model estimations of a stress-strain state of the pile foundation, considering the uneven subsidence that occurred along the perimeter of residential buildings, show that the elastic mode of their deformation has not been exhausted. Options of redistribution of loads from residential sections onto an additional pile field, regulated base moistening and grouting of soils are considered as engineering measures to prevent further deformation of the residential complex. Stabilization of a soil base by means of high-pressure cementation is the most acceptable in the present conditions. Technological scheme of cementation of the soil base is recommended, as well as measures after the base stabilization, such as monitoring of further deformations of the complex itself and parking structures, and possibilities of constructing auxiliary drainage. 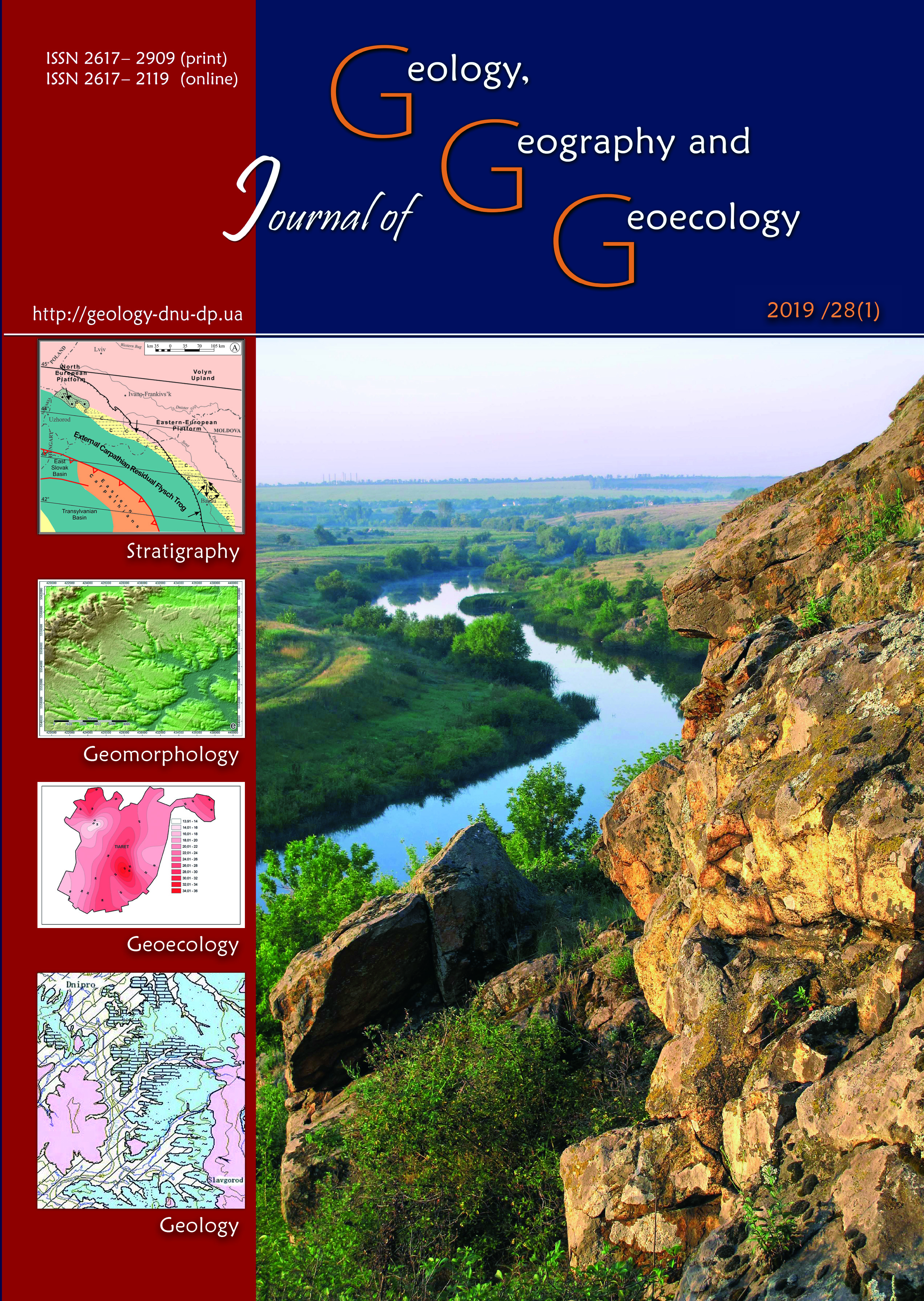 Published
2019-04-21
How to Cite
Sadovenko, I., Puhach, A., & Dereviahina, N. (2019). Investigation of hydrogeomechanical parameters of loess massifs in conditions of technogenic underflooding and development of technical recommendations for strengthening of bases of foundations. Journal of Geology, Geography and Geoecology, 28(1), 173-179. https://doi.org/https://doi.org/10.15421/111918
Download Citation
Issue
Vol 28 No 1 (2019): Journal of Geology, Geography and Geoecology
Section
Статьи